I’m exhausted. I’m sure you are too.
That feeling is part of the concerted effort, whether it’s from Russia or corporate oligarchs, to wear us down. As norms are increasingly attacked and refuted in the face of undeniable evidence, the end goal is to make us complacent by way of exhaustion.
The impeachment trial is a perfect demonstration of this. Trump has gone on television, not a mic slip, not a secret sting operation, but he chose to go on television and to confess his crimes. If he had videotaped the acts, he would have shown them too because the Republican Party will go to absurdist lengths to protect him.
You and I don’t have this option. If we are called to court for a speeding ticket, we have to comply.
If we are arrested for stalking someone and planning their assassination, we are put on trial.
If we are put on trial, we don’t get to block testimony from witnesses just because we don’t like what they might say.
If we are on trial, the defense is not in charge of the rules of the trial. The judge is not beholden to the defense team. Can you imagine if it were that way? Can you imagine going to court for jury duty and being told that the defense has it all sorted out, just go along with what they say?
In the real world, this would result in disbarment, possibly further charges for the defendant, and a completely damning demonstration of the contempt of the defendant and their legal team for the court.
Our society is based in part of the setting of precedents, which guide and inform us about how to address an issue as it was addressed before us.
The Republican Senate has abandoned all precedents, including those they used during the last impeachment trial.
They are, as far as I’m concerned, setting the clear precedent that lawlessness is allowed, justice is undesirable, and that the constitution is a nuisance to be ignored. Might makes right, and they have enough might to drive the country off a cliff.
Justice is an integral part of a functional human society. Without it, the entire system of law is suspect, weak and unable to serve the interests of the people. This will inevitably lead to people taking things into their own hands. Blood feuds, revenge porn, extortion, vigilantism. That’s what you get without justice. 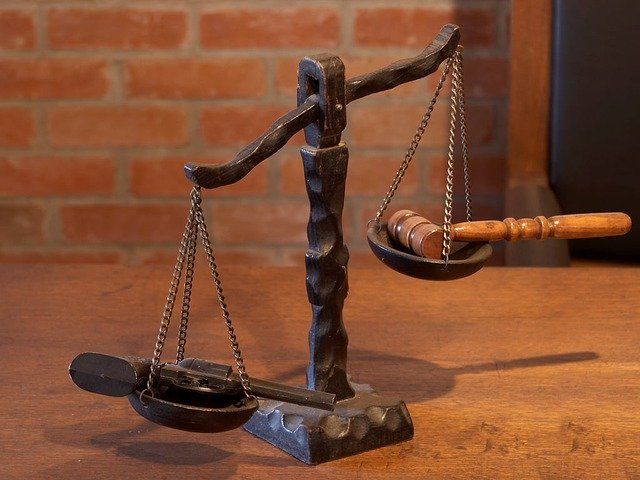 Image from PDPhotos /455 Images at Pixabay
What does the lack of justice do to our souls? Quotes from various religious sources give us clear guidance:
Pope Paul VI:
"If you want peace, you must work for justice."

15 When justice is done, it is a joy to the righteous but terror to evildoers.

17 learn to do good; seek justice, correct oppression; bring justice to the fatherless, plead the widow's cause.

8 He has told you, O man, what is good; and what does the Lord require of you but to do justice, and to love kindness,[a] and to walk humbly with your God?

27 Turn away from evil and do good; so shall you dwell forever.
28 For the Lord loves justice; he will not forsake his saints. They are preserved forever, but the children of the wicked shall be cut off.
29 The righteous shall inherit the land and dwell upon it forever.

24 Whoever says to the wicked, "You are in the right," will be cursed by peoples, abhorred by nations,
25 but those who rebuke the wicked will have delight, and a good blessing will come upon them.

5 Evil men do not understand justice, but those who seek the Lord understand it completely.

12 "So whatever you wish that others would do to you, do also to them, for this is the Law and the Prophets.

25 For the wrongdoer will be paid back for the wrong he has done, and there is no partiality.
Qur'an 5:8
Be ever steadfast in your devotion to God, bearing witness to the truth in all equity; and never let hatred of any-one lead you into the sin of deviating from justice. Be just: this is closest to being God-conscious. And remain conscious of God: verily, God is aware of all that you do.
Ahunavaiti Gâthâ
Song 6 - yathâish ithâ
Spentâ Mainyu Gâthâ
Song 15 - kat moi urvâ
Justice is an indispensable element of the righteous life. It is a divine attribute. Rejecting it is to embrace a demonic principle. This trial will end in acquittal because the Republicans don’t value justice. It is up to us to bring them to it. It is especially poignant today on the 75th anniversary of the liberation of Auschwitz. The Nazi regime was devoid of morality, completely uninterested in justice. They were brought to it by the Nuremberg Trials, by people who were devoted enough to what is right to hunt down the monsters who ran the Holocaust, and make them account for their actions.
We need to be those people today, here in the United States or our country will collapse. Keep pressuring your Senators and your Representative. Find out who their biggest donors are, and go after them too.
Elie Wiesel: "There may be times when we are powerless to prevent injustice, but there must never be a time when we fail to protest."