Another week begins, a new chapter in my life also starts.
Earlier this year we lost our female beagle, Nala. It’s been difficult-she had such a presence, such a personality that her absence has been visceral.
We’ve toyed with getting a cat, or a puppy, or something else so that our other beagle, Cody, wouldn’t be alone. But nothing seemed to be in the cards. Until a few weeks ago...when the local beagle rescue group put out a call for a little guy named Barry. He had twice been surrendered by the same people, who had a hoarding problem, and now approximately seven years old he had been removed from their "care" for good. He had lived his life outdoors-and was so neglected that most of his teeth had to be pulled out. He’s still a little skinny, but he’s also mixed with another breed that gives him a sleeker body.
Anyway, we adopted him yesterday and rechristened him Charlie. He’s taken to our home very easily, and Cody, finally a big brother, is equally content. Charlie is still a little skittish, but he’s learned how to let us know that he needs to go out, he’s decided that snuggling on the couch IS a good thing, and he snuggled with me all night.
Older animals need homes too; puppies are a LOT of work, but they’re also tremendously irresistible 😍 Nevertheless a seven year old can also be irresistible, and given a real chance, with a loving family, I believe he will thrive. 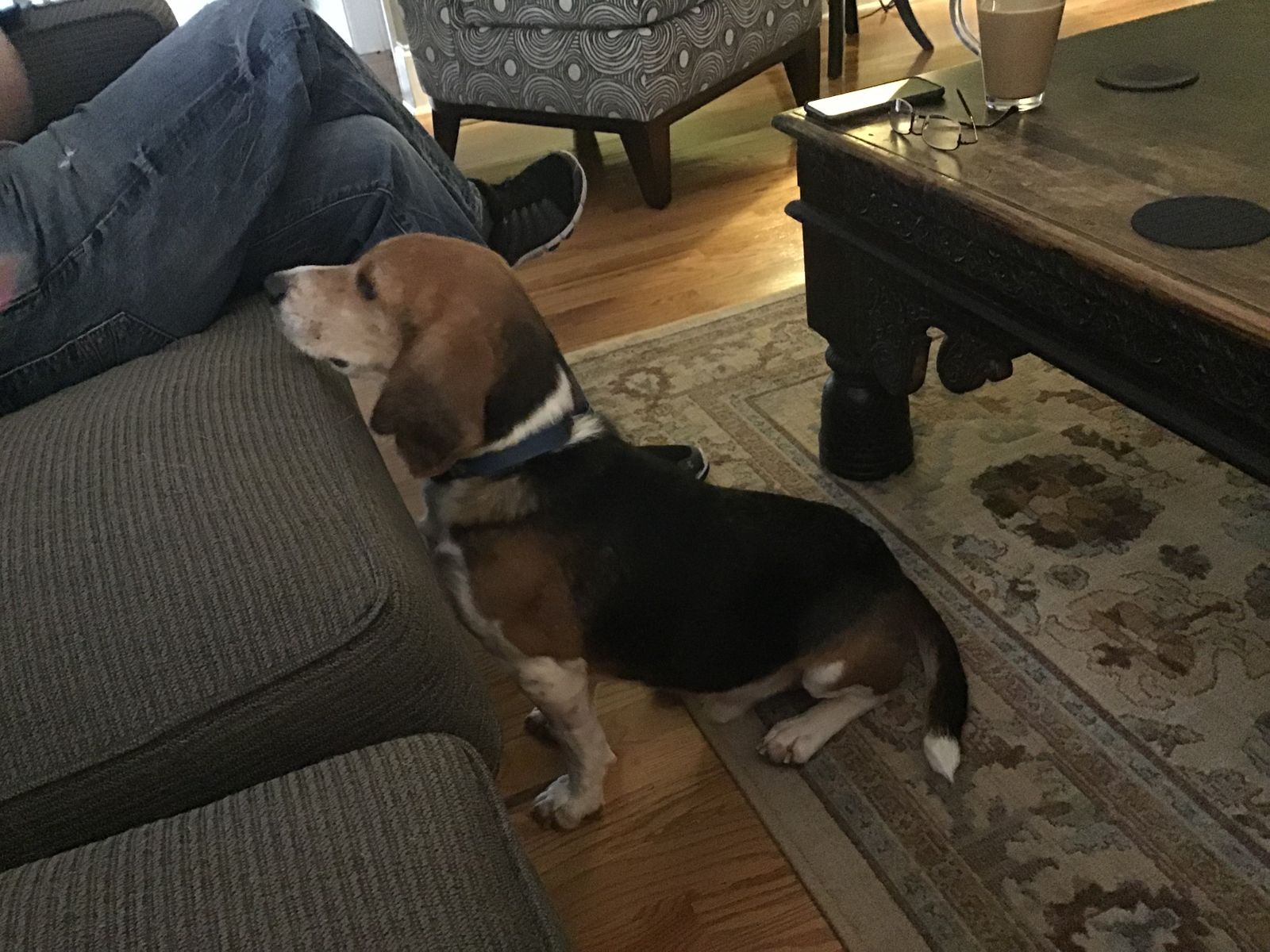