I came across the podcast Almost Heretical by accident (or, perhaps "accident") and listened to an episode featuring Rabbi Danya Ruttenberg. I’m a fan of hers, and I’ve learned so much just following her on Twitter.
After listening to Rabbi Ruttenberg’s episode, I ("coincidently?") listened to an episode of Interfaith Voices, which had done an episode on the death penalty and the work of Sister Helen Prejean to end the practice in America (and really across the world).
The episode also featured a short interview with Mark Tooley, president of the conservative think tank (I hate that term) the Institute on Religion and Democracy. He’s all about the execution. 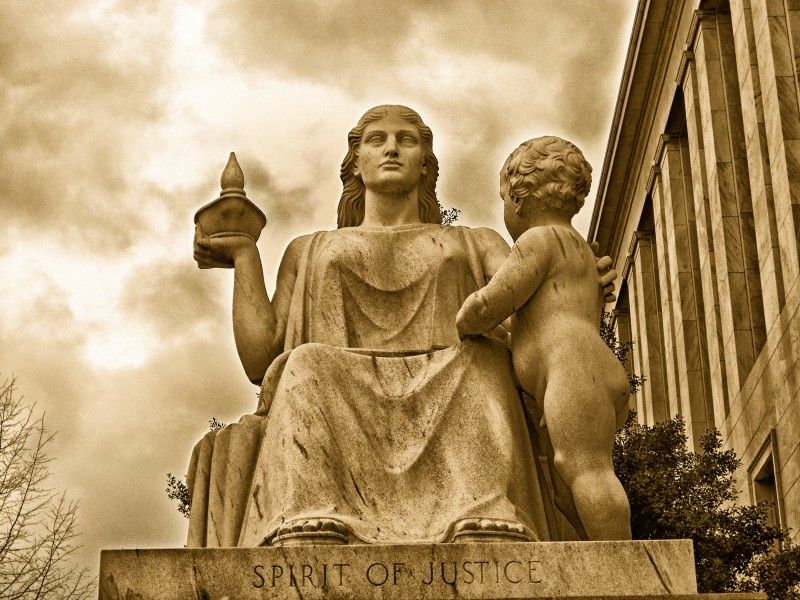 Image by David Mark from Pixabay
Brandt Jean, the brother of slain civilian Botham Jean, made news recently when he publicly forgave his brother’s murderer, former police officer Amber Guyger. I’m sure you are familiar with the situation and I won’t pontificate on how ridiculously and incompetently evil this all was (at least not now), but I feel that Brandt’s forgiveness was his alone. It’s not a panacea for racism, it’s not applicable for Guyger’s responsibility to other, as Rabbi Ruttenberg says, "secondary victims." I won’t tell Brandt how to process his response to his brother’s murder and murderer. But this kicked off a lot of conversations in the media about the concepts of forgiveness and justice.
These two podcast episodes were rich and clearly intertwined. Some of the truths I took from the first podcast were:
Rabbi Ruttenberg outlines a Jewish process (based on the teachings of Maimonides) for redressing wrongdoing. She said there are five steps, I’ve found different online views that say there are four, and some that list six. Such is the dynamic nature of Judaism!
I’ve decided to go with six:
This approach seems wholesome and healthy. It’s not a quick fix. It’s not a cheap grace. It’s potentially hard work, with potential for great payoff for all involved, and it has nothing to do with asking God for a magic dispensation for our failures.
Something is lacking though.
Punishment.
Punishment is often how we understand justice. You stole something? OK, off to jail. What about the victim? What about the rehabilitation of the criminal? Not important, just make sure they feel pain. Suffer! Punish. It’s another cheap antidote to the discomfort we can feel when tasked with facing reality. Besides, Jesus is coming back any minute and we’ll all go to a perfect place so why bother?
I’ve been especially aware of our cutlure’s love of punishment in my interaction with incarcerated folks who are likely in prison because they (sometimes violently) took something to pay for their drug addiction.
They don’t get treatment for their disease.
They don’t get the opportunity to reconcile with their victims.
They don’t learn to own their actions.
They get punished. And you and I pay (a small fortune) for it. We house them, we feed them. Inadequately (punishment, remember?!). But it still costs taxpayers a lot. It doesn’t come close to addressing the harm done or how to fix it.
And here I come the argument made by Mr. Tooley. He believes it is appropriate for Christians to support the death penalty because (example murder) the taking of a human life is a right belonging to God alone. So if you take a life, you must have yours taken.
Yes, that’s what he said.
I’m unclear where in the Gospel this point is made, and he certainly doesn’t (to his credit) try to put those words in Jesus’ mouth. He insists that God alone can take human life AND that it is the longstanding purpose of governments (as understood by Christians) to punish and execute humans. Which is like being a little pregnant. Either you are or you aren’t. Either God alone can take human life, or we can decide to take it via our elected government. Or perhaps he believes that God is government? Vice versa?
I feel that despite his profession, he understand neither religion nor democracy.
Mr. Tooley is both wrong and unable to make a coherent argument for his position. But it really comes back to the importance of punishment as salve for our discomfort.
I understand that murder is horrible. I’m not confident enough in our system, however, to allow the state to execute people. It’s not about the criminal-it’s about the rest of us. I met a murderer a few years ago at a conference on justice reform. I was suddenly flooded with all kinds of complex and conflicted emotions and ideas. Why is he free? Why am I shaking his hand? What more should he have to do? How much murder is too much? Too little? I haven’t yet answered all those questions, but I’m at least aware of them and how they play into my spiritual life.
At the same conference another person was doing forty years of probation. Forty years. I think she embezzled.
One of the great defects of our system is that the injustice itself is not repaired. It’s punished. Those are two different things. Our system is like a store that charges random prices. Today a candy bar is a million dollars. A pack of gum is fifty cents. Tomorrow that can of coke is a billion dollars, but today it’s just three. If you’re black, that coke will cost you your entire income.
I’ll end this post (but I have SO much more to say about this topic and will do so) with the Biblical quote from my last article (different translation).
This time, give deep thoughts to what it really means in our everyday lives. Incorporate it into your daily spiritual practice. See where it crops up in your awareness.

He has told you, O mortal, what is good;

and what does the Lord require of you

but to do justice, and to love kindness,

and to walk humbly with your God?